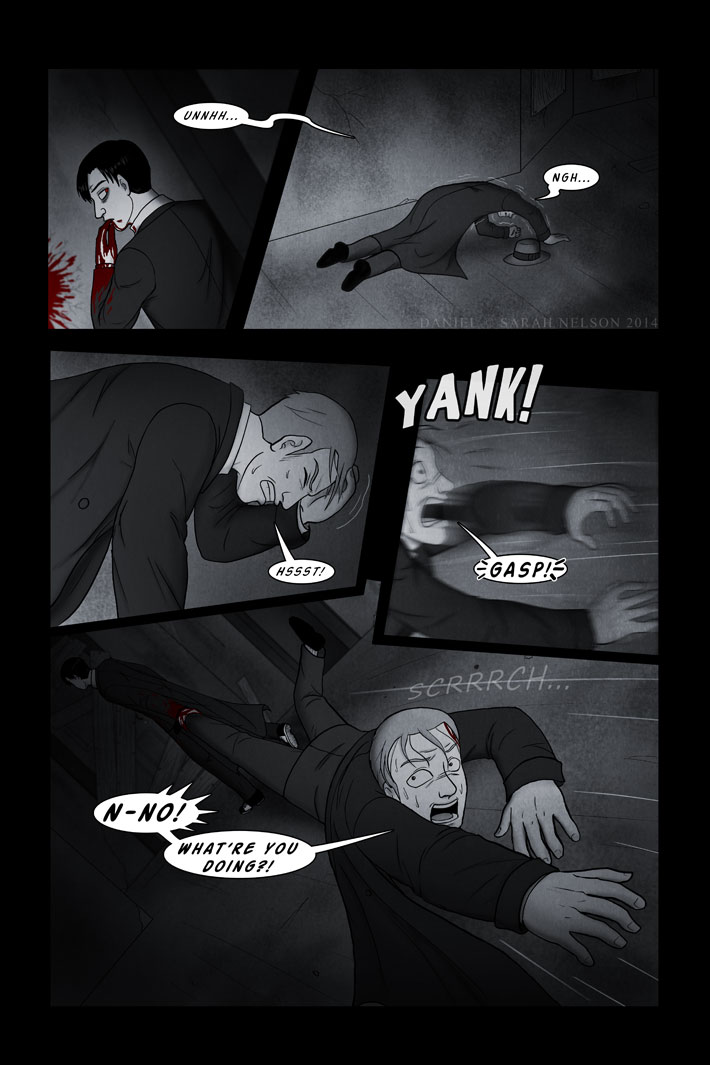 And so we go into the new year by having Wayne literally dragged into it. XD Ugh, that last panel….I tried.

If you’re wondering what’s going on with Wayne’s hair – he had a slicked back hairstyle, and after being knocked around, strands are starting to come loose.

I am now using a new computer (my old one was nearing death) and Manga Studio EX5 (as opposed to EX3, HURRAY I’M FINALLY WITH THE TIMES) that I got for Christmas, so after page 19 of this chapter, I will be slowly transitioning into trying to use mainly just Manga Studio and only use my old Photoshop for certain things. I have no idea if Manga Studio has motion blur effects for example and I kind of live by those these days. =P I’m going to avoid anything that breaks consistency with the past pages too much, but if you notice things seem a little different later, that’s why.

So it’s looking like I’ll be starting the new year on a nice note! Hope you all do, too.^^