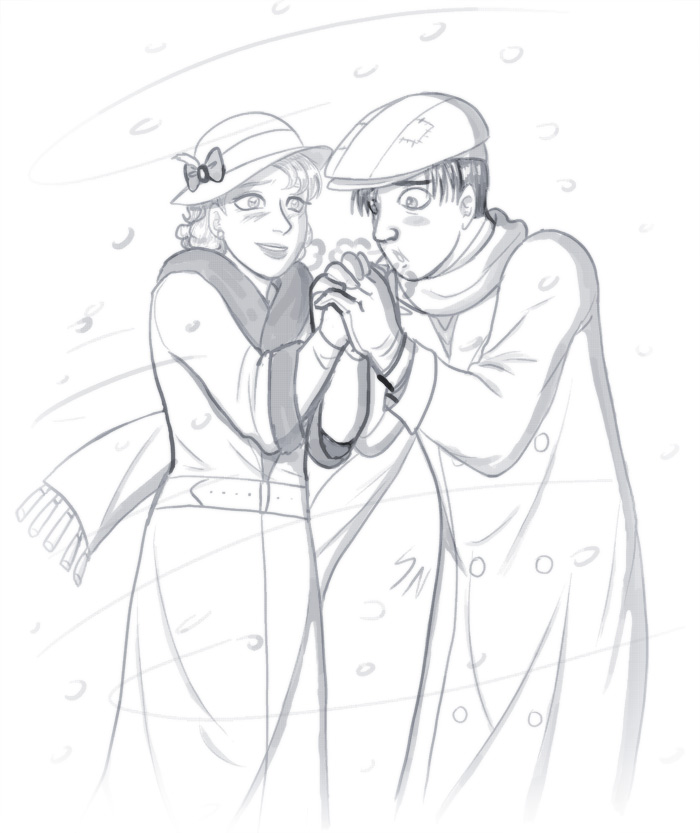 And now, after that gore fest from last week, we switch to a nice and sweet seasonal sketch that I threw together very quickly today! 😀 (So I’m sure there’s problems with this, but oh well.)

Christmas 1931 (a few years before the comic’s story) – Daniel and Christine are out walking on Christmas Eve, but Christine realises she forgot her gloves. It’s freezing and windy out, so Daniel reflexively helps by trying to warm her hands. Moments later he realises what he is doing is a bit on the intimate side and the two were left flustered and awkward moments later.

I know, odd story, but most of all I just got this image in my head and wanted to draw it. XP Though I’ll take any chance I can get to show moments from Daniel and Christine’s past since we only saw one chapter of the real Daniel. Also, snow in the background just because. Will probably leave that background up until after New Years’.

I’m hoping to start updating as usual again next week, though there is a SLIGHT chance I may not due to being distracted by family. I’m trying to avoid it though since I took October off.
Either way, hope all of you have a great holiday.