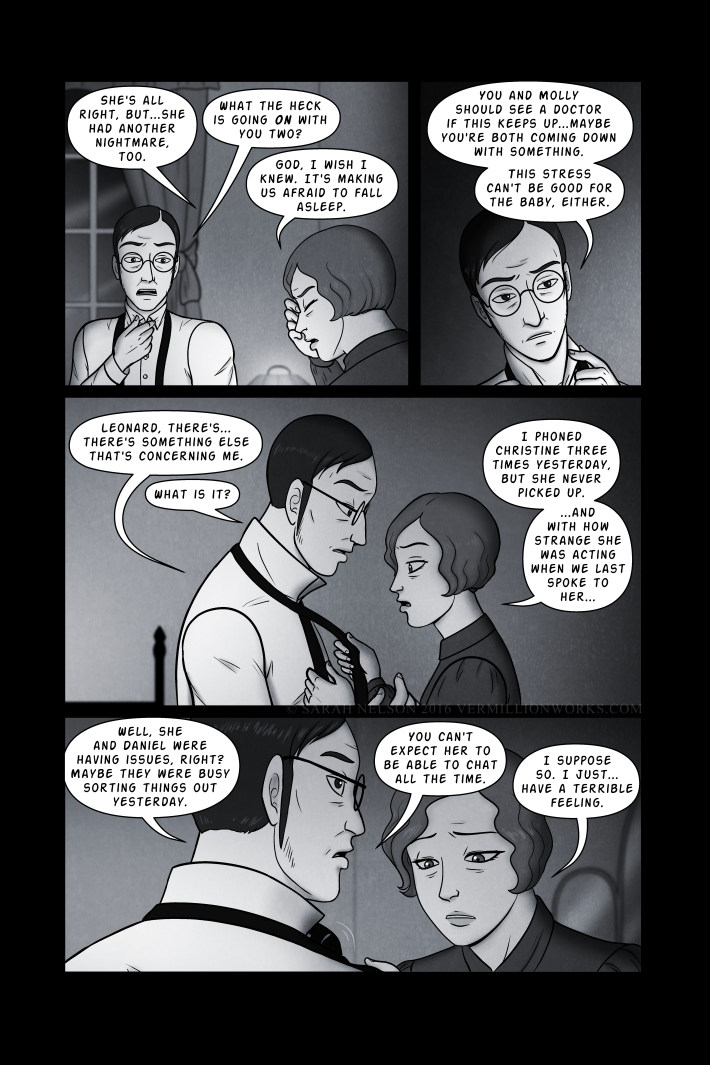 Francie is faster at the tie thing than Leonard is, so he just let her do it. XP

Next week I may or may NOT be starting a full month break. I’m trying to wait to see how my arms/hands/neck/ect feel by the end of the week before making that decision, but either way I’ll at LEAST be taking three weeks off this month.

I’ll be making an official announcement about my December break length next Monday.

Either way, it’s going to be a tough decision. I hate all the delays Daniel has had already. .__. It especially stresses me out when I’m forced to leave Patreon with so little for so long.

The next batch of SpiderForest Comics of the Week! Gotta read ’em all! XP

Atrina activates an alien gate and vanishes. Leawyn is certain Atrina is still alive and will do whatever it takes to find her.

Three women’s fates collide as they uncover the secret history of the multiverse.

More SpiderForest Comics of the Week! Keep yourself busy this holiday with these great and fun reads!

The Crimson Claw is an established supervillain balancing two lives – that of a single father, and leader of a powerful criminal empire!

Join a team of time-travelling misfits on their adventures, as they quest to restore reality.

Here is the final pair of SpiderForest Comics of the Week! Unwrap these fine comics for early Christmas joy! =P

Lave Faraday plays keep away as every supernatural asshole in the city tries to take the kid she’s being told to protect.

The Only Half Saga

Garrett Kelly, Wanderer for the supernatural hunting organization, Victor Sierra, gets wind of Cabal’s possible location and goes hunting. What he finds is completely different from his original quest.