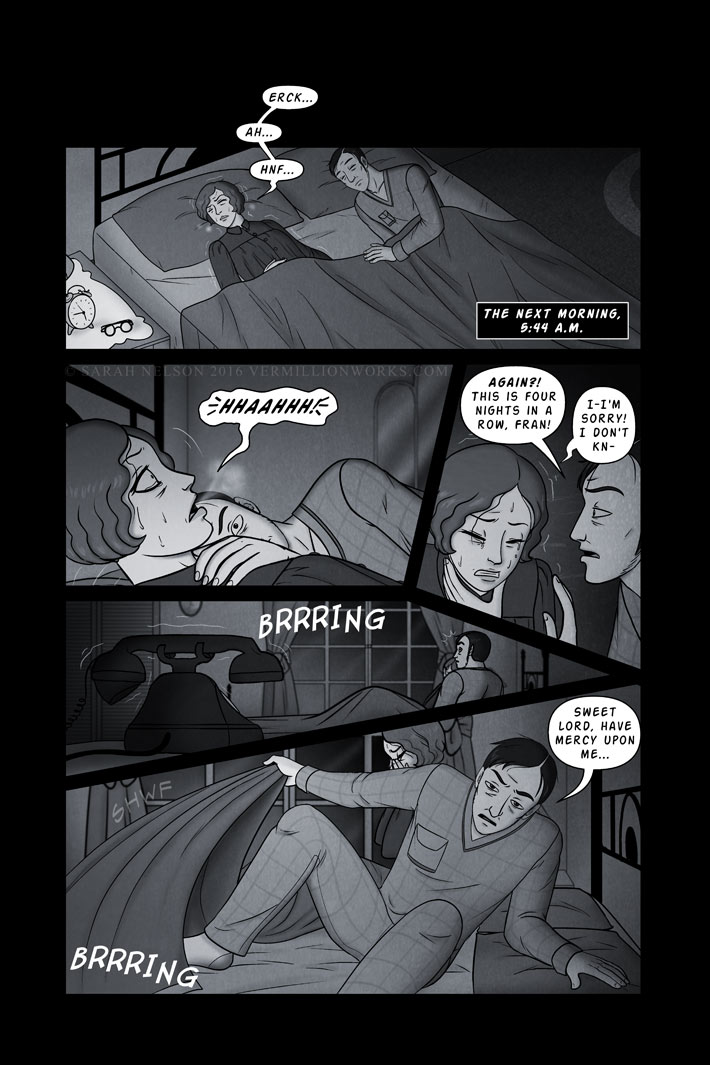 Back to these guys for a bit! Here we see that Francie’s nightmares have not ceased (and you’ll find out if Molly has the same issue soon) and Leonard is also forced to answer a phone call that’s unusually early.

Have mercy upon YOU, Leonard?! Francie’s the one with the issue here! …but I guess we’re all kinda jerks when we’re sleepy. XP

Also, yep, new text/balloons made with Clip Studio Paint! I’d eventually like to phase out Photoshop entirely, but there’s still some things I need to sit down and research how to do in CSP.

Some more awesome SpiderForest Comics of the Week for you guys to check out!

Vector always dreamed of traveling. He got kidnapped instead.

Sons of the Forgotten

Erric leaves his calm village to follow his dreams of becoming a hero.