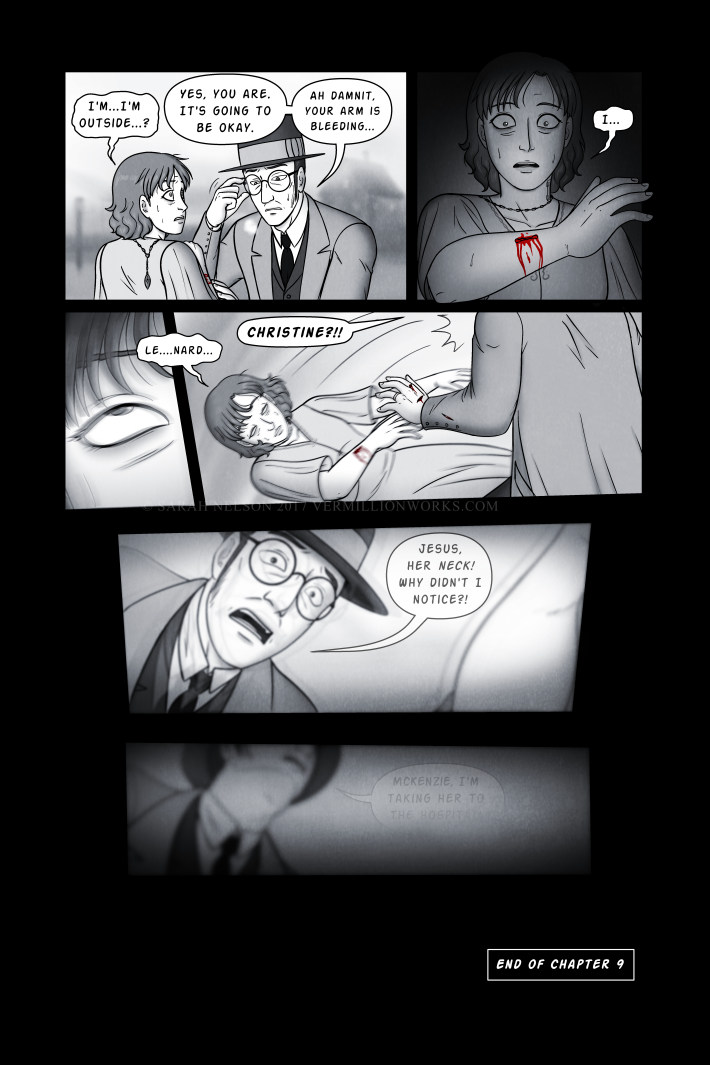 Yeah, that was fun, but Christine needs a nap now.
Holy crap, the chapter’s over!

There will be no update next week, but then the week after that we’ll return with the cover of chapter 10! Wow, we’ve come a long way. There’s probably only 2 or 3 chapters left, but the comic still moves at a snail’s pace so don’t think things will be ending VERY soon. XP

In the meantime, I am making a new Vermillion Tales: Breathing episode over at the Patreon for this week, so do consider becoming a $5 patron to view it when it’s done!

Got a webcomic? Like friendly webcomic communities? Then it may interest you to know that SpiderForest will be accepting applications from August 1st to the 20th! IMPORTANT: If you’re reapplying, it’s mandatory to seek critique of your work on the forums first!