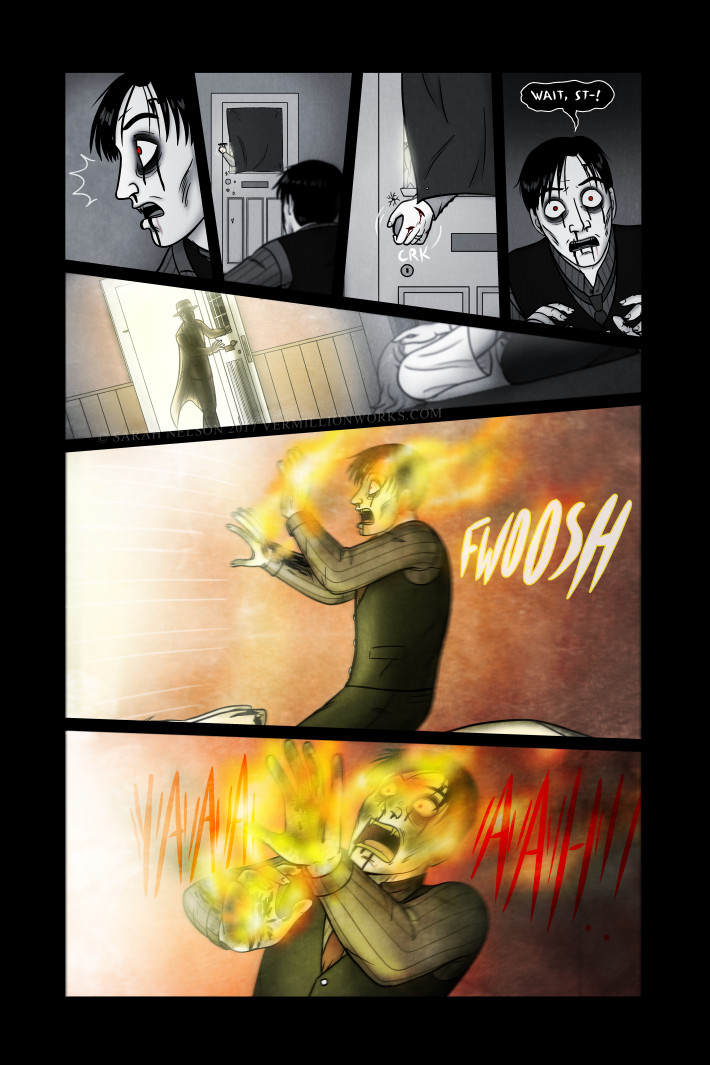 ♪ Sunshine, lollipops and rainbows
Everything that’s wonderful is what I feel when we’re together ♪

Daniel gets a double whammy of pain. XP

So announcement: I’ve been planning to make a comic for Patreon that’s various shortish horror stories, for the $5 tier. The series itself I think will be called Vermillion Tales, but each story will have it’s own title. I will be adding a comic page once a month there, but in order to do this, I’m probably going to have to start losing one Daniel update a month, and yeah, this doesn’t even account for any possible break weeks I might take in the future. :\

I hate losing any Daniel updates as is, but after considering my options, this was absolutely the only way I could try doing this, and I really want to do it. The first story comic will mostly be to test the waters though, we’ll see if I even stick with this idea.

Right now, I’m trying to decide whether to make the first missed update next week or the first week of July. I’m leaning towards the former, but I guess ya’ll will find out.

Whichever week I pick, if anyone has a new Daniel fanart/comic/fiction they’d like me to post on the main page for that time, send it to
vermillionworks (at) gmail dot com
Otherwise I’ll post up an already-received fanart or some newer art of mine.

Speaking of the PATREON, here it is!
Even if you can’t go the $5 route, you can get early Daniel pages and WIP stuff in the $1-$2 tiers.