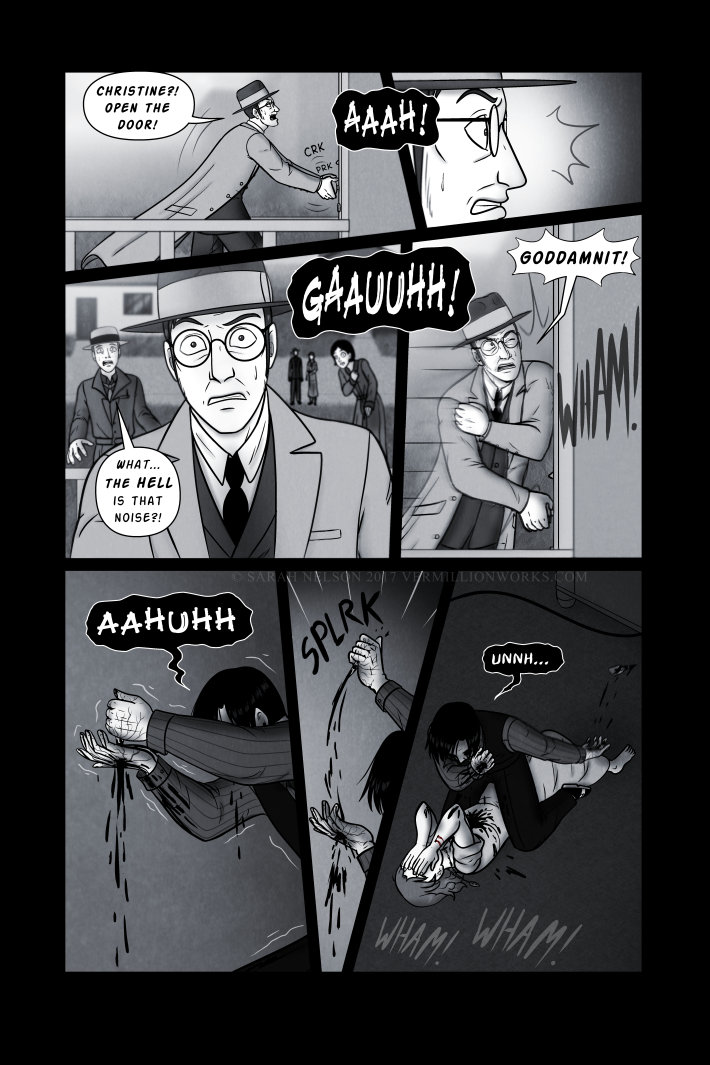 The screams of Christine, followed by the demonic sounding screams of Daniel, start to make a crowd gather outside.

You can see Alyssa’s fanart still in the Fan Works section. (Thanks again!)

1: This idea DID originally have to do with silver, since some mirrors are said to contain silver, but after some research it’s definitely debatable whether or not that mirror would have actual silver in it, but…either way, MIRRORS = BAD. ‘Nuff said. So someone’s idea about the weakness being introspection isn’t wrong either. Daniel may have a weakness for straight-up silver as well, but I doubt you’ll be seeing that put to the test in this comic.

2: Daniel’s blood doesn’t usually ooze out like that since it doesn’t really “flow” like regular blood, it’s more like a supernatural “glue” that just kind of sits motionless in his veins. Even when injured he tends to only lose a bit and then quickly heals up. It’s the mirror shard that’s causing him to lose a lot rapidly.

3: And yes, he is physically “withering” and losing his more human-like mask (and vocals, apparently).