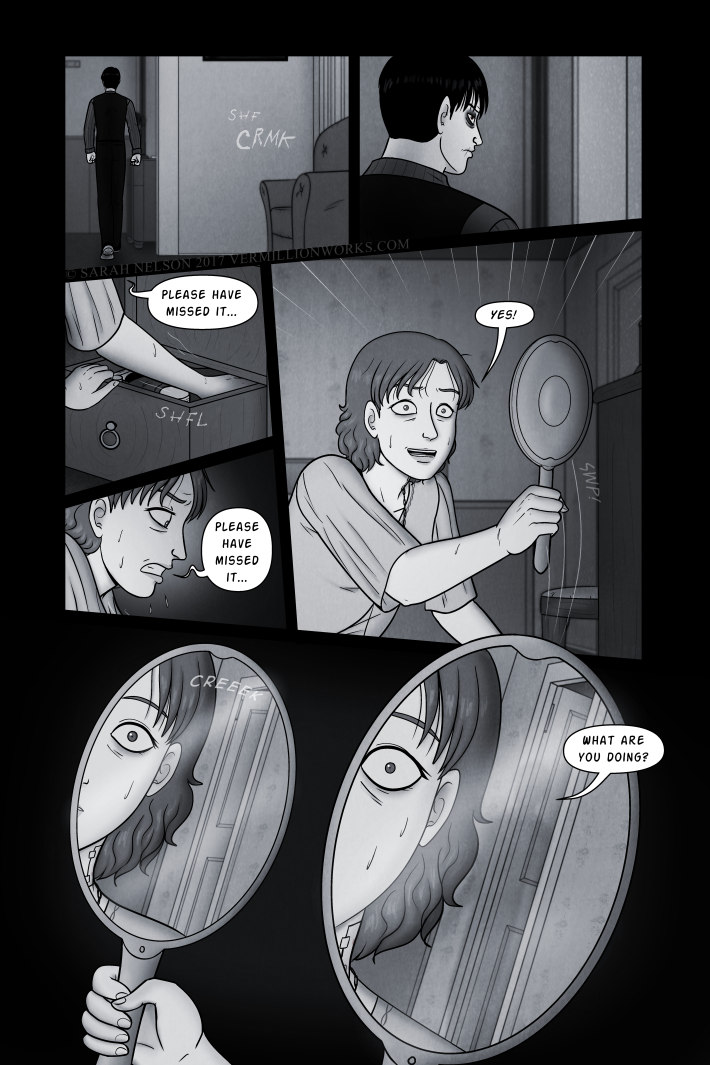 To clarify: Daniel sees his reflection as something monstrous, but everyone else sees nothing (or technically a VERY faint shadowy form).

You can start checking out the awesome new comics that are now apart of the SpiderForest Collective. I’ll be showing them off every week!

Monster Lands – A fantasy/dramedy story that focuses on the axe-wielding, monster-riding adventurer Othera as she battles against the tyranny of the evil queen Eren Lorry!

HELM – Embark on a journey across the dark and dangerous world of HELM in search of the legendary Bastard King.

Sell Spell – When Sedo, an illegal spell-for-hire, is tasked with “retrieving” a mysterious artifact, he cons a gullible Mage’s apprentice and his motley crew of bodyguards into helping him. However, as simple treasure hunt turns into treacherous cross-country journey, Sedo gets the sinking feeling he is being hunted… and more importantly, underpaid.