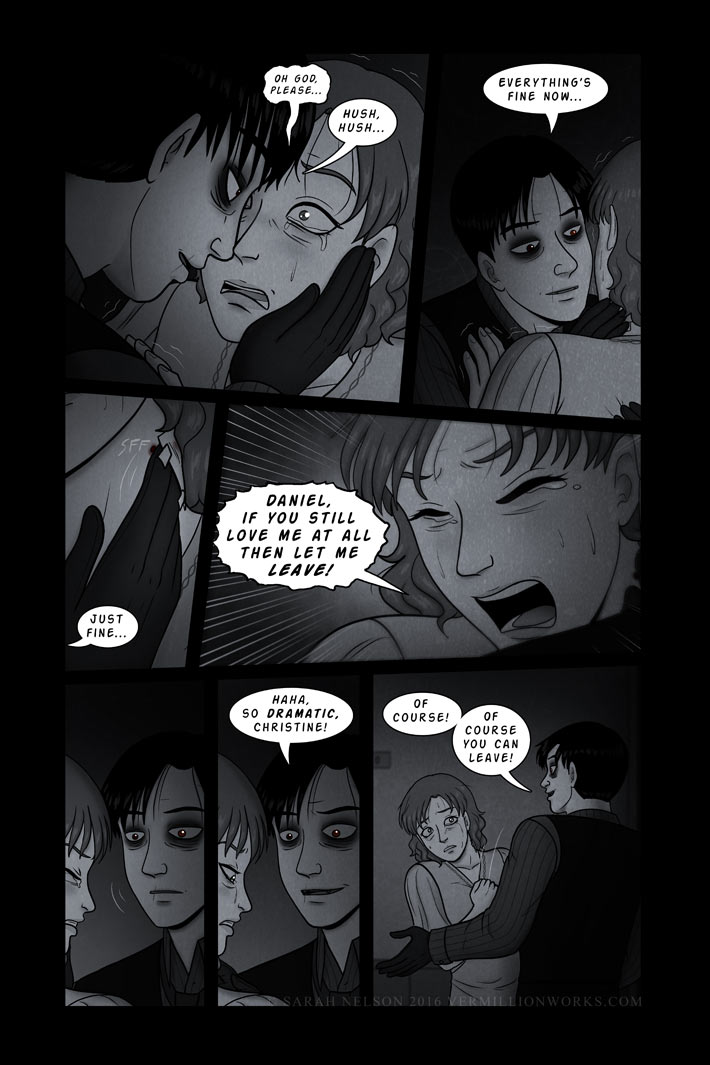 Back to updating! I had a nice birthday full of DVDs. XP

Please consider contributing to the Patreon and you’ll see the next comic page before everyone else for as little as $1 a month. You can also get extra side tidbits like written stories and WIP shots for $2, and see the pages in huge, shiny mode for $5! There’s a new artwork/wallpaper available there now, too!

Now, more Spiderforest comics that were recently added! I won’t be adding side notes this time though since I’m having trouble thinking of things to say. Apologies. ^^;;

Title Unrelated: Three adopted sisters (Erin, Twapa and Mara) and their best friend Ciaran befriend a mysterious stranger named Xe who has no memory of his past. While visiting her cousin’s family estate in eastern Europe, Mara is kidnapped and her family and friends travel through a gateway to a parallel world in search of the missing girl…

Witches Get Stitches: Deadbeat demon Archvold finally has a job under the service of the demi-god Yuel, at the new restaurant 666 Bistro. Together Archvold will find ways to skip work while Yuel attempts to bring culinary enlightenment to the underworld.

Bits Fair: Everyone’s expecting Irya to turn out to be the same sort of failure as his brother, so he’s off to the Autumn Fair to prove himself worthy to be hired, become a warrior, and, hopefully, never have to go back home. Meanwhile, an elderly woman named Hira, who is looking for someone, and a seemingly perpetually upbeat girl named Ananda are also setting off for the Autumn Fair. Ananda herself wants, in her own words, only to eat, sleep and play, and she may well end up being the only one who gets to achieve her goals.