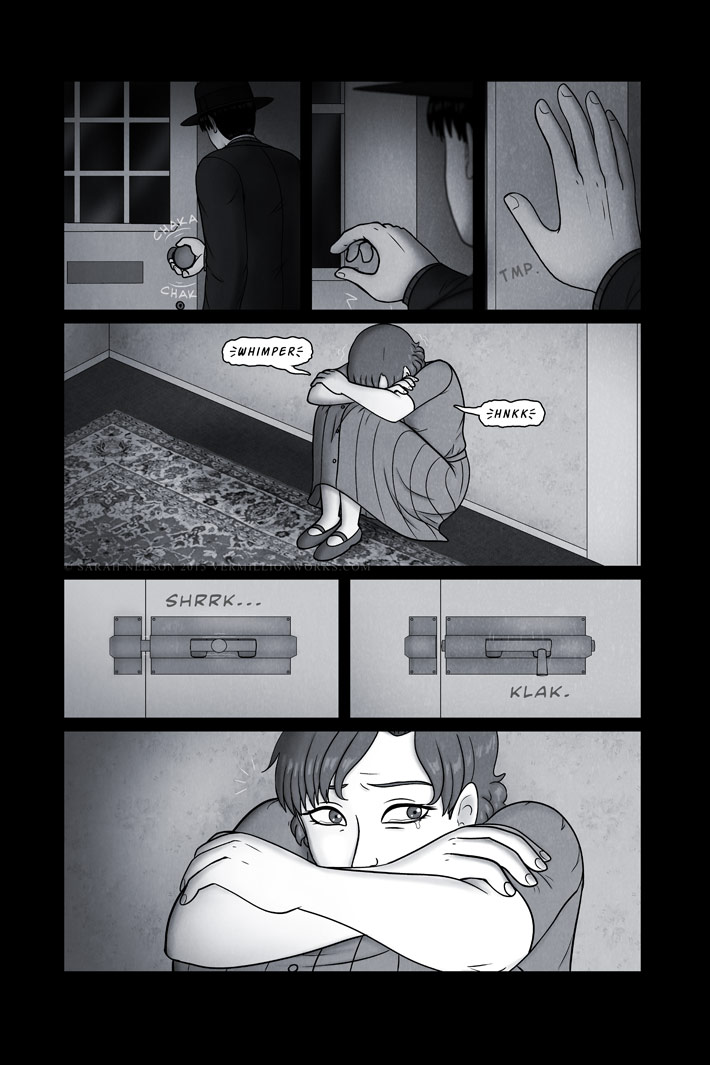 Christine locked the door this time, but we forget Daniel still has his psychokinetic powers and has broken into houses before…

Also, Daniel recently made a cameo appearance in the webcomic dream*scar. Here’s the page, Daniel’s mug is in the fourth crowd shot panel, looking irritated by his so-not-1930s surroundings, and be sure and check out the comic while you’re at it! It’s one of my regular reads these days due to being absolutely amazing, and there’s vamps aplenty. =P

I also put a new listing in the Fan Works called “Cameo Appearances”, lest this happen some more. XP

Please consider contributing to the Patreon to get comics even sooner, as well as other goodies. Working on a rather big Daniel art for there right now!