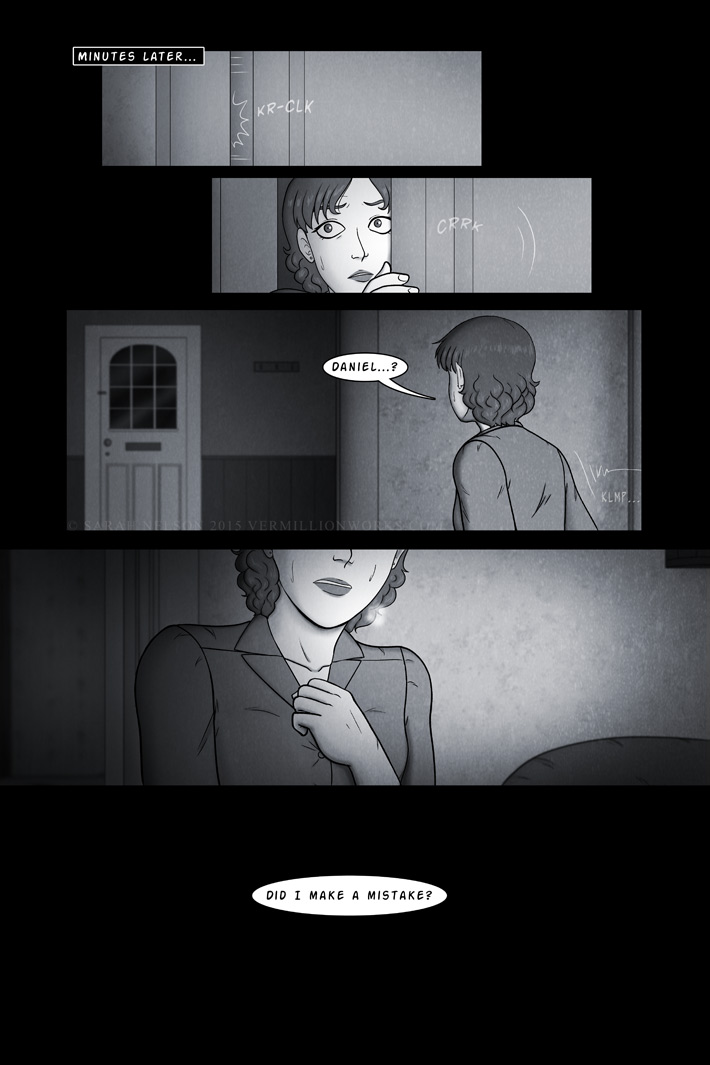 Yeah, I know, pretty dull page with little going on…I even considered cutting this one entirely and just jumping right into the next scene, but I decided this page really needed to be here so things don’t jump around in an odd way.

Sometimes this is the problem with once a week comic updates (and having no buffer), pulling a double update out of my butt just isn’t possible these days, unless one of the pages is REALLY simple.

In other news, I received a new fanart. This unimpressed looking Daniel face was done by Ben Saint at a forum, and was actually based entirely on my description rather than on a pic of Daniel. 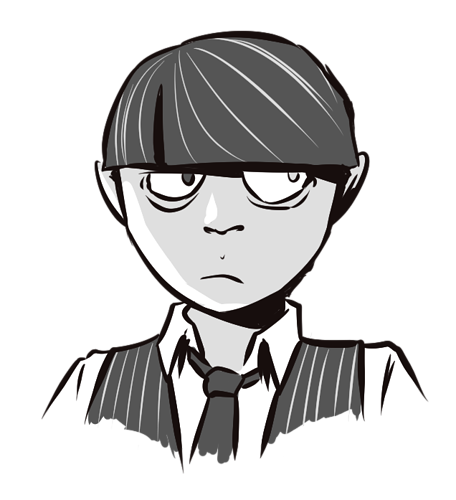 Pretty darn close just for going by a description, eh? Other than the Moe Howard cut and me forgetting to bring up the scars, the face is SO right. XD

Please consider contributing to the Patreon to get comics even sooner, as well as other goodies! The first chapter of the short, written story of how Daniel and Wayne first met is now up! In fact, here’s a little preview of it! Includes riveting dialogue from Wayne. –