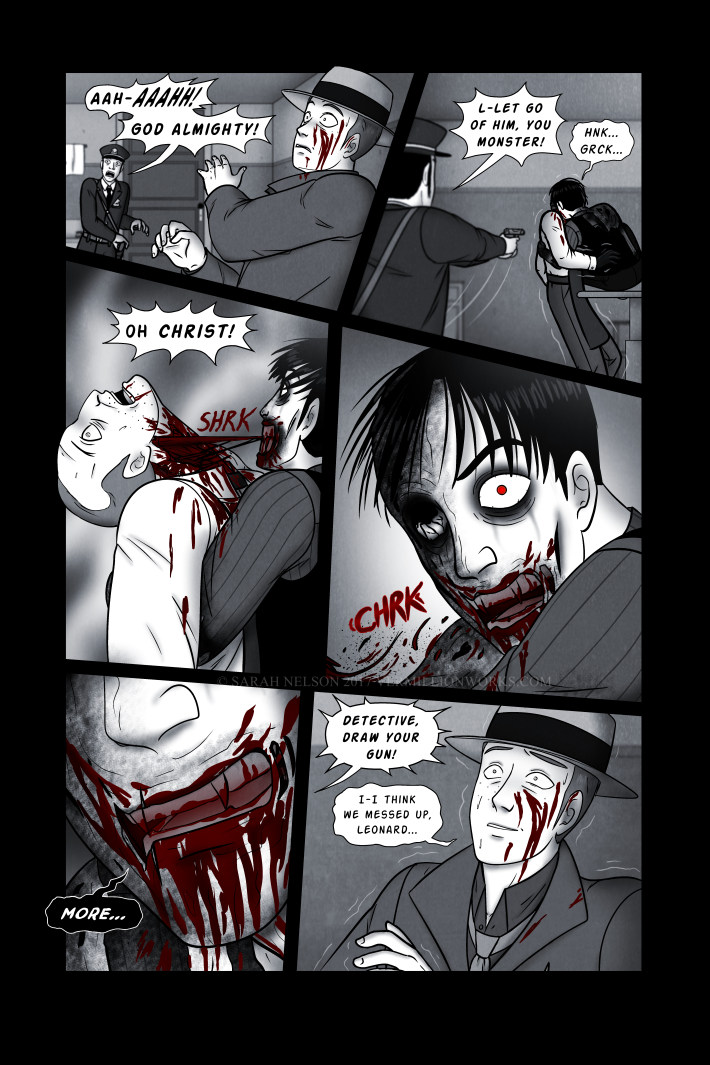 When you realize you messed up.

And yes, Daniel’s starting to regenerate after drinking that guy’s blood. His left eye and mouth are reforming here (he couldn’t talk before XD).

I’ll be missing a Daniel update next week to work on the next Vermillion Tales episode for Patreon (for those in the $5+ tier).
You can also get early Daniel updates there for just $1 and WIP tidbits for $2!
_____________

Another couple of new SpiderForest comics! Check ’em out!

I, Mummy:
An impulsive teenager turned mummy investigates her own murder with the assistance of a cantankerous ghost. Our story occurs in a future based on predictions from the late 1800s—a future where everyone can fly and there’s no such thing as wi-fi.

Folklore: When a coup for power sends the world’s superhuman population into all out war, humanity is pushed to the brink of extinction. In their final hour a weapon designed to strip power from all superhumans is unleashed. On some, it works. Others become something far worse.