I’d say Leonard was being very perceptive here, but then again Christine’s doing a terrible job of hiding her tension.

In other news, I got another fanart as a birthday present from marielyn-chan, and it’s super awesome! Eee, loves me some fanart. ^___^ (My birthday’s Friday, FYI.) 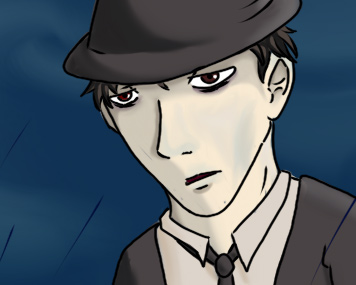 See the full image through the Fan Works section.

There’s a new Patreon banner below the comic now, as well as some new comic navigation buttons as I’m sure most of you noticed.

Also, the written Daniel stories that you can access for $2 a month will both be about Daniel’s past as a human, as well as his three months span as a vampire before going to Christine. The first story that’s being posted is how Daniel and Christine met.

Please give a look-see at the Patreon and see the next Daniel page right now as well!