How Daniel lost his hat.

And we’re back again. I will make another Daniel update next week, then, per my new schedule, the week after that will have no update as I make a Vermillion Tales: Succubus page for Patreon.

By the way, I received a new, wonderfully creepy guest art by Mariah Currey! Thanks very much for this!^^ 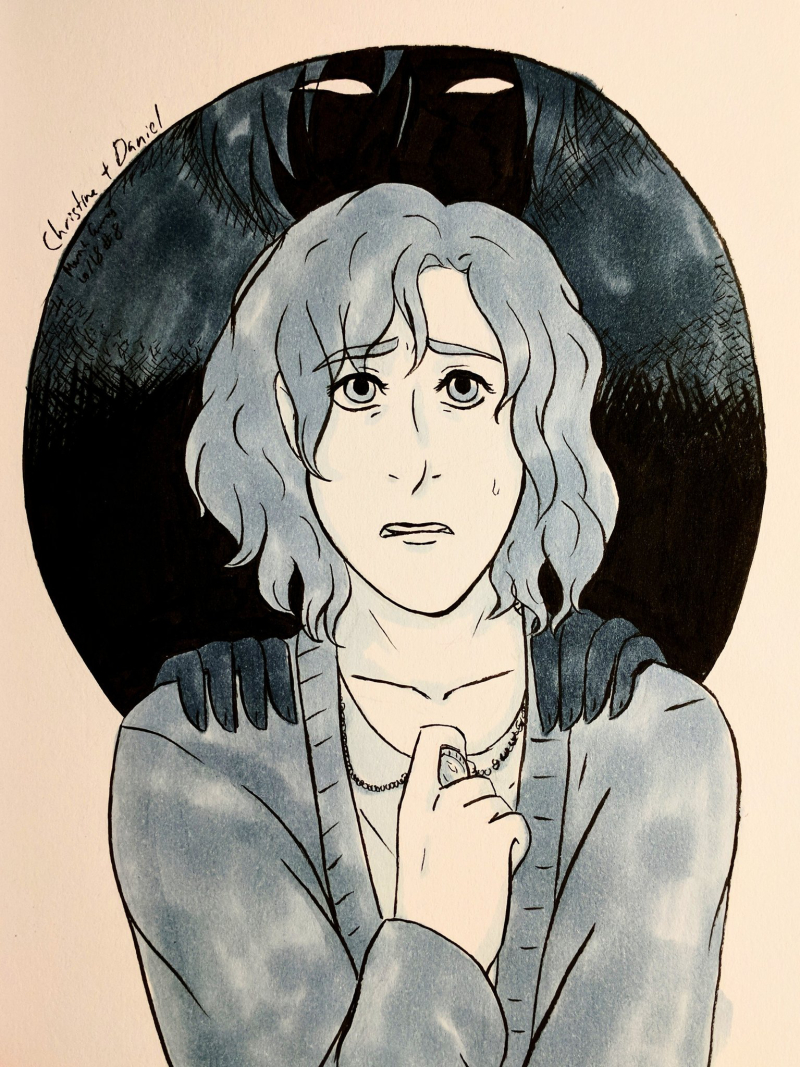 I also received a guest art by NiinaEveliina last week!

My announcement from last week about my future schedule:


Eheh, so hey all. I was going to update this week but because I got busy I thought I should update the site on Tuesday…but THEN I got an impulse to take advantage of this busy week to start an official schedule of once a month break weeks.

This may seem like terrible news, but frankly this is kind of what I’ve been doing lately anyway due to physical issues. What I was trying to aim for for a while there was one break week every two months, but it’s been impossible for me lately?? So for now, I’m just going to make the monthly break weeks official, that way I can separate them from VT update weeks.

So here’s what’s going to be up:
• At the beginning of every month (starting in November), there’ll be a Vermillion Tales update. So $3+ patrons will get a VT page but there’ll be no Daniel update.
• Mid-month there’ll be a break week.
The rest of the time I’ll be working on Daniel updates.

Obviously, any part of my schedule can change if life were to throw me off, and with the holidays approaching, who knows really? I also have the right to opt out of a break week and update. XD But for now, I’m going to try and stick with this.

It’s also possible I may change what week day I update Daniel, but I may leave this decision up to the readers. There is a poll at the left about it.

My intention with making a scheduled break week is to ease some of my stress, but I really want it to be temporary. Sorry for the continued update weirdness and thanks for sticking around and reading.^^ The ending of Daniel is slow-moving but I’m still determined to get through it!