Daniel doesn’t remember it, but here we see that he did indeed climb out of the grave.

To be honest, when I first started this story, I was planning to make it so that the simple unnatural death/burial Daniel suffers is what altered him, as some very early vampire lore has this as the main cause of vampirism. I’m still not sure it was the right move going this direction instead, but in the end, as I started reading up on vampire burials of the past and how gangsters hid bodies, I sort left it as “a man is buried in an ‘unusual’ grave and is tainted by it”. I’d like to think it’s still a nod to the “vampires rise from a grave” and “unnatural death” lore though.

I wanted to leave some other (literally) juicy details to ponder about, too, like the mysterious black muck inside the coffin – is it blood or is it just mud tainted by the corpse? Did it or his surroundings infect him? I prefer not to give straight answers on this matter. XD

Though I will confirm that other than perhaps the remnants of the skeleton that was in the coffin, Daniel has no sire. It was just him, the coffin, and the old corpse.

Page 13 of Vermillion Tales: Succubus was added to the Patreon! 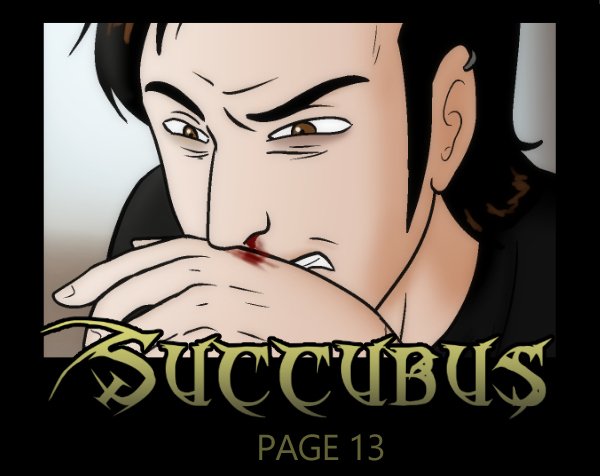 THE PAGE!
THE HD PAGE!

Vermillion Tales can be read by $3 patrons. $5 patrons get tidbits like HD pages, WIP shots, and concept art.