EDIT 8/13/18: Eh heh…well, after I went and made the cover I decided I need a rest first. Sorry everyone, still no update yet. :\ I did suggest earlier that I might need a break soon, and though this wasn’t part of my original plan, I thought it’d be better to do it now, between chapters, rather than uploading the first page and then taking a week or something.

It’s not just that I need a break either. I feel like I still need to work out a few things with the chapter 11 script. The last thing I want to do is jump into things too fast and be displeased with the final chapter!

Reminder 7/6/18: I’m making the cover of Chapter 11 this week but I’ll be saving it to post next week so I can have my little one page buffer back. XP Patrons will see the cover midweek though.

Also, a couple of quick notices: I added the first Vermillion Tales short comic, Breathing, to Gumroad for purchase!^^

And page 2 of Succubus was added to the Patreon for $5 patrons! 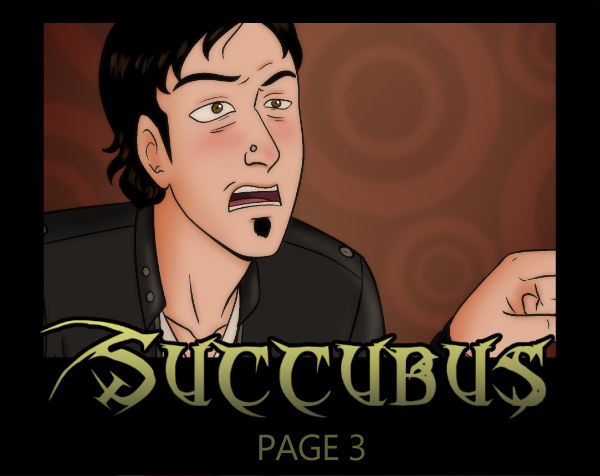 I actually lost my one page buffer uploading this as I’ll be spending this week working on the next page of Vermillion Tales: Succubus (a comic for $5 patrons), so next week will be a week of nothing as I make the cover of chapter 11 and get my buffer back.

There’s a slight chance I may decide to take second a break week but I’m going to avoid that unless I feel I REALLY need it and save my break for another time so maybe we don’t get two weeks of dead air. XP

Also, nearly forgot to mention that I received TWO, count ’em, TWO fanarts from Sydnie Smith! Look at them and love them!

A bit about Leonard and his fam: Yes, I went over a few options of what happens to them in chapter 10. Even considering Leonard, or Molly, being left alone…or even the ENTIRE family being killed, but in the end I felt those might’ve came off absurdly grim and it would’ve made me wonder why I made this family fairly significant characters in the first place.

In the end, this felt like the most “right” direction. The horror of loss is still there with Francine’s death, but some hope, too.

But heck, if Daniel ever becomes a Telltale game, then maybe you can see the other, horrible results. XD

Anyway guys, thank you for coming this far with me on this creepy little comic. I hope you enjoy the rest, as slow-moving as it’ll be. 😛