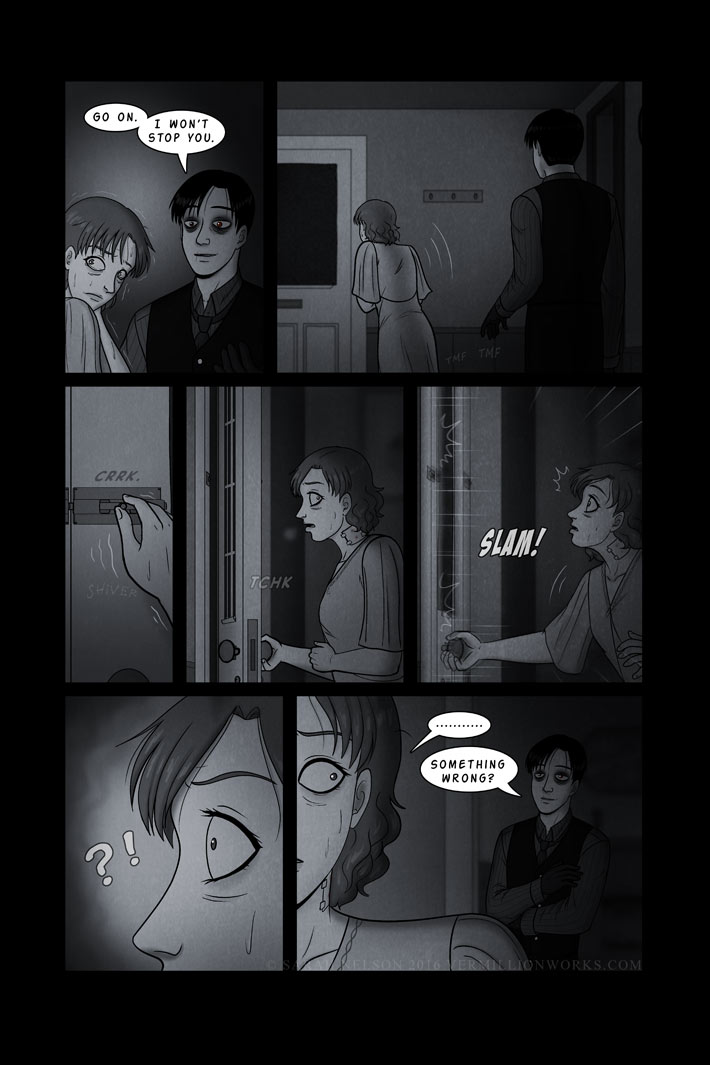 In other news, I got a lovely new fanart of a smirky Daniel by AffectedMind!

Go to the Fan Works section to see it in full!

And I also REMADE THE FIRST VOLUME PLACEHOLDER ART! That link will send you back to the very first comic archive page where you can see it. There’s also a side by side comparison at my Deviantart.

Please consider contributing to the Patreon and you’ll see the next comic page before everyone else for as little as $1 a month. You can also get extra side tidbits like written stories and WIP shots for $2, and see the pages in huge, shiny mode for $5!

Some more of the new Spiderforest comics!

Derelict: The scavenger Dang Thu Mai sails lonely coastal ruins in search of salvage in a flooded world. While Dang wants nothing more than to keep to herself, she is forced to contend with rival scavengers, savage monsters, floating totalitarian city-states, and the otherworldly fog that has enshrouded the world.

Cosmic Dash: Dash Kameku and the crew of the Lucky Strike, a top of the line research ship, explore the Silver Spiral Galaxy. The crew finds themselves drifting between territories of three galactic factions, fending off pirates, mysterious aliens, and the threat of all out galactic war.

6-Commando: When Major Sarah Bronniford is captured while on a tense Cold War mission, her comrades send their robotic tank Mike to rescue her. But Mike carries out his mission too well, and accidentally turns a crisis into an all-out atomic war. When a heavily-damaged Mike returns from his mission with Sarah wounded but alive, they both begin to exhibit strange and unpredictable behavior – and some dangerous new opinions about their mission.

Be sure and give ’em all a look!